When possible, I will be personally updating you with information related to the Nunatsiavut Government, and any other important events, discussions, or issues I am involved with.

Our many efforts to convince the Government of Newfoundland and Labrador and Nalcor Energy to take necessary measures to mitigate impacts of methylmercury on the Lake Melville ecosystem have all been in vain, and we are now at a point of no return where the health, culture and way of life of many Labrador Inuit hangs in the balance. Impoundment of the Muskrat Falls reservoir has begun, and with it the start of a chain of events that will have significant impacts on Labrador Inuit and, in particular, the community of Rigolet.

The Nunatsiavut Government and independent research partners spent many years ensuring science, traditional Inuit knowledge and the Precautionary Principle were at the forefront of evidence-based policy and decision making with respect to the potential downstream effects of Muskrat Falls. That peer-reviewed research – which allowed us to expand our understanding of the unique Lake Melville ecosystem, the impacts of methylmercury, and the potential consequences on the health and wellbeing of our people, on our culture and way of life – was dismissed by Premier Dwight Ball, the Government of Newfoundland and Labrador and Nalcor.

When I stood with Labrador’s two other Indigenous leaders in June of 2016, in what has become known as the “Rally in the Valley”, I was moved by the overwhelming support we received from people from all walks of life. The message was clear that the status quo was not acceptable; that steps had to be taken to mitigate the bioaccumulation and biomagnification of methylmercury in the Lake Melville ecosystem.

Pressured by the growing grassroots “Make Muskrat Right” movement, Premier Ball reached out to me and Labrador’s other two Indigenous leaders on October 20, 2016 to set up a meeting, just days before protestors entered the Muskrat Falls site and temporarily shut the project down. That meeting took place in St. John’s on October 25 and lasted for more than 11 hours, with the focus being on protecting health, culture and a way of life. The meeting resulted in a number of key commitments, made by the Premier, to address our concerns, including establishing an Independent Expert Advisory Committee, comprised of representatives of the Nunatsiavut Government, Innu Nation, NunatuKavut Community Council, and federal, provincial and municipal governments, as well as an Independent Experts Committee that included ecosystem, health and Indigenous knowledge holders. Established in August 2017, the IEAC’s mandate was to seek an independent, evidence-based approach to determine and recommend options for mitigating human-health concerns related to methylmercury throughout the reservoir as well as in the Lake Melville ecosystem. The IEAC made seven key recommendations – five of which were not appropriately or publicly responded to by the Premier or the Government of Newfoundland and Labrador.

The Nunatsiavut Government firmly believes that the lack of response to the IEAC’s recommendations was intentional – essentially delaying a decision to guarantee no time would be left to ensure certain mitigation measures could be carried out prior to impoundment. This is unacceptable and very disappointing, as the Government of Newfoundland and Labrador has prioritized its point of view, disregarded independent peer-reviewed science and placed the health and wellbeing of Labrador Inuit at risk.

On June 11 of this year, during a meeting in St. John’s, the Premier presented me and Labrador’s other two Indigenous leaders with a draft Terms of Reference for a proposed Monitoring and Health Management Oversight Committee. Upon reviewing the draft, we informed the Premier, in writing, that we were skeptical this proposed committee would carry any weight – given the recommendations of the IEAC had all but been ignored. We advised that we would participate in the process to establish this new committee, provided its work is taken seriously and its recommendations are not ignored, and that there is a formal public response to the recommendations of the IEAC. We have yet to receive a response.

On June 26, Nalcor CEO Stan Marshall tried to contact me to provide an update and to advise that money had been set aside to carry out some mitigation measures, namely the capping of wetlands, but that time had run out. I was unavailable to speak with him at that time, but he informed two members of the Nunatsiavut Executive Council and staff that he would like to see the money that was budgeted for the work, some $30 million, be split three ways between the Nunatsiavut Government, Innu Nation and NunatuKavut Community Council. No commitments were made. Following that call, Mr. Marshall’s office made repeated attempts to reach out to me to arrange a face-to-face meeting to discuss his proposal. Before speaking with him, however, we felt we should first confer with the Premier. A telephone call took place on July 11, at which time the Premier confirmed that Nalcor was prepared to provide the $30 million – the deals of which, he said, would be disclosed by Mr. Marshall.

At the insistence of the Premier, I met with Mr. Marshall on July 17, along with First Minister Kate Mitchell, Lands and Natural Resources Minister Tony Andersen, Health and Social Development Minister Gerald Asivak and Nunatsiavut Government officials. During that meeting, Mr. Marshall provided us with a draft Financial Contribution Agreement that would, if accepted, see $10 million transferred directly to the Nunatsiavut Government by Nalcor to fund social programs and activities related to the health and well-being of Labrador Inuit. We did not sign that agreement.

We have said all along that compensation is not a form of mitigation. We advised Mr. Marshall, as well as the Premier, that offering Labrador’s three Indigenous groups a share of this $30 million would be perceived as a form of compensation, or “hush money”. We remain adamant this money should have been used for what it was intended – to cap wetlands.

The Nunatsiavut Government is extremely disappointment with the Government of Newfoundland and Labrador with the way it has handled the whole Muskrat Falls fiasco. The Premier has repeated betrayed our trust by neglecting to respond, in writing or publicly, to our concerns and/or questions. If this is what reconciliation is all about, then we want no part of it.

With reservoir impoundment under way, the time bomb is ticking on the future of those who depend on the Churchill River and Lake Melville for sustenance, and on the health, culture and way of life of many Labrador Inuit.

The Nunatsiavut Government will continue to advocate on behalf of Labrador Inuit affected by this terrible tragedy, while ensuring rigorous and appropriate independent monitoring continues in order to identify impacts of the Muskrat Falls project on the Lake Melville ecosystem. 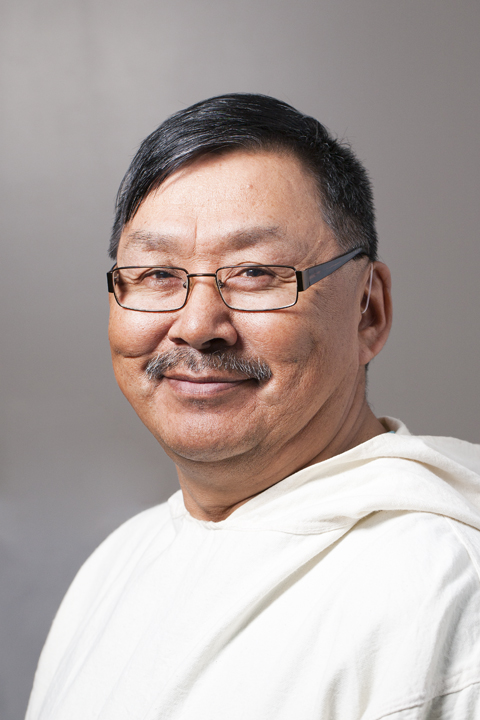